Why trees mean hope in the climate crisis 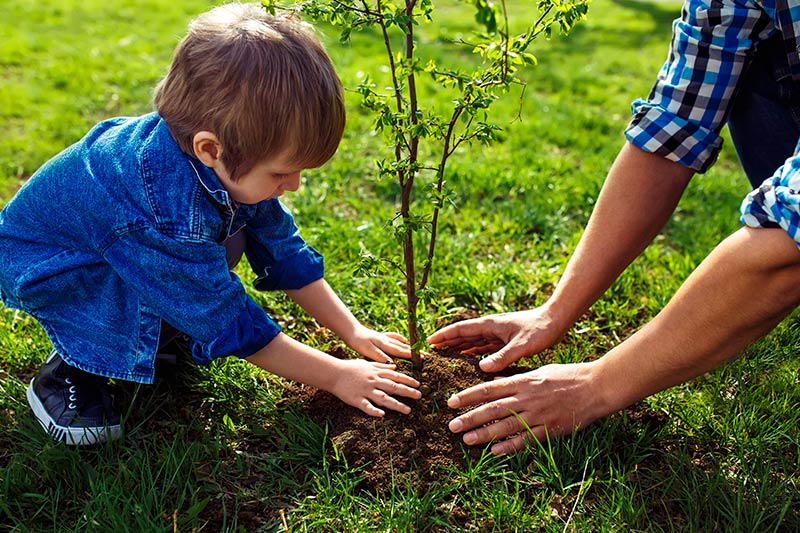 The public debate about the dangerous effects of fossil fuel burning on our habitat, has been going on for over thirty years. In 2015 the Paris Agreement was a breakthrough. For the first time in history over 190 states of the world agreed upon a common goal: keeping global temperature rise below +2˚C.

Currently we are already beyond +1˚C and global emissions are still on the rise. Unfortunately, the Paris Agreement will not be enough to change that. The agreement states a common goal, that (almost) every state seems to share now. On the other hand, the commitments by the states are just voluntary and there are no sanctions for not fulfilling them.

Although much discussed the climate crisis is not that complicated to understand. Human carbon emissions change the chemical composition of the atmosphere in a way that leads to temperature rise. This interferes with the functioning of ecosystems and poses a threat to the survival of millions of species, including humans. Now there are only two ways to act responsibly: reducing carbon emissions and capturing already emitted carbon.

Trees are some of our most promising allies to capture carbon. A study lead by scientist from ETH Zürich, Switzerland found that replanting degraded forests around the world (approx. 1 billion hectares), could help reduce excess atmospheric carbon to almost pre-industrial levels.

Furthermore, planting trees on that scale would mean a massive economic stimulus for the global south. The UN forecasts 200 million climate refugees by 2050. Other predictions dwarf this number. Tree planting creates jobs, reduces migratory pressures, and helps capture carbon, thereby helping to slow down the advancing climate crisis. Of course, trees are not the only climate solution we should rely on and tree planting always needs to be done in a way that helps restore biodiversity.

The good news is – planting trees has never been easier. Plant-for-the-planet.org has created a platform that enables you to let trees grow in over 140 verified tree planting projects from around the world. The App is open source, data secure, and free for donors and planting projects so that 100% of the donations flow into the projects. Let’s stop talking and start planting.